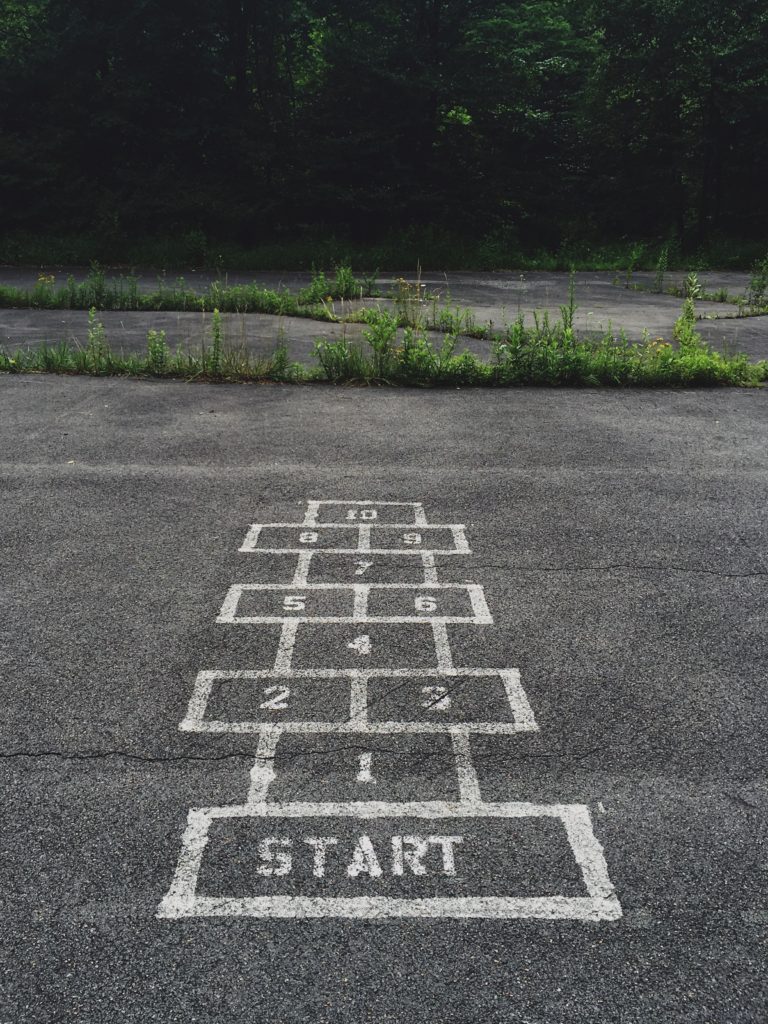 Photo by Jon Tyson on Unsplash

Late last summer, I had myself convinced that I was zero percent sentimental about sending my youngest child off to kindergarten. In a constant race to keep up with his older brothers, he is my bold and brave one. Fiercely independent, he seemed about ready to start looking for his own apartment just after taking his first stumbling steps. In preschool, he told his teacher that he really didn’t need to come anymore because he knew all this stuff. And one lazy Saturday morning, after crawling into the center of our bed to cuddle between me and my husband, he suddenly looked from side to side and declared, “Guys, this is getting awkward.”

And so, it caught me by surprise, on that August night before his first day — at summer’s end, when Sunday night once again takes on the role of a nagging older sister with its reminders of alarms to be set and lunches to be packed and papers to be sorted and signed— when I suddenly found myself weeping into his blue backpack.

Like taking stairs two at a time, I thought I could skip over this. I planned not to bother with any kind of grief for this last one. I had sent kids to school before. Here was another. I knew the drill; I could just move faster through it. If I didn’t pause too long, stop to breathe, I wouldn’t feel anything. 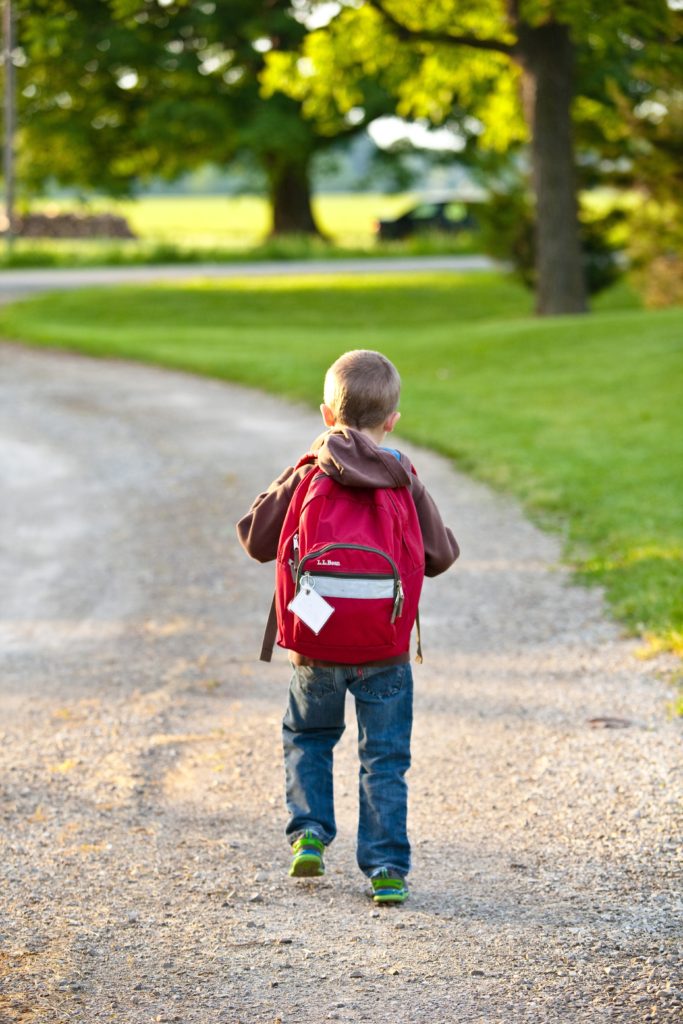 But I’m much too clumsy for that. Even when my mind tries to convince me otherwise, my body reminds me that I really do have to walk up the stairs one step at a time.

This is the continual paradox of parenting: the holding on and the letting go. Pulling that toddler into bed when he wanders in before dawn and then being simultaneously glad and sad when he figures out how to sleep in past 7 a.m., when he learns how to find a spot on the couch and operate a remote control to turn on a cartoon without assistance. 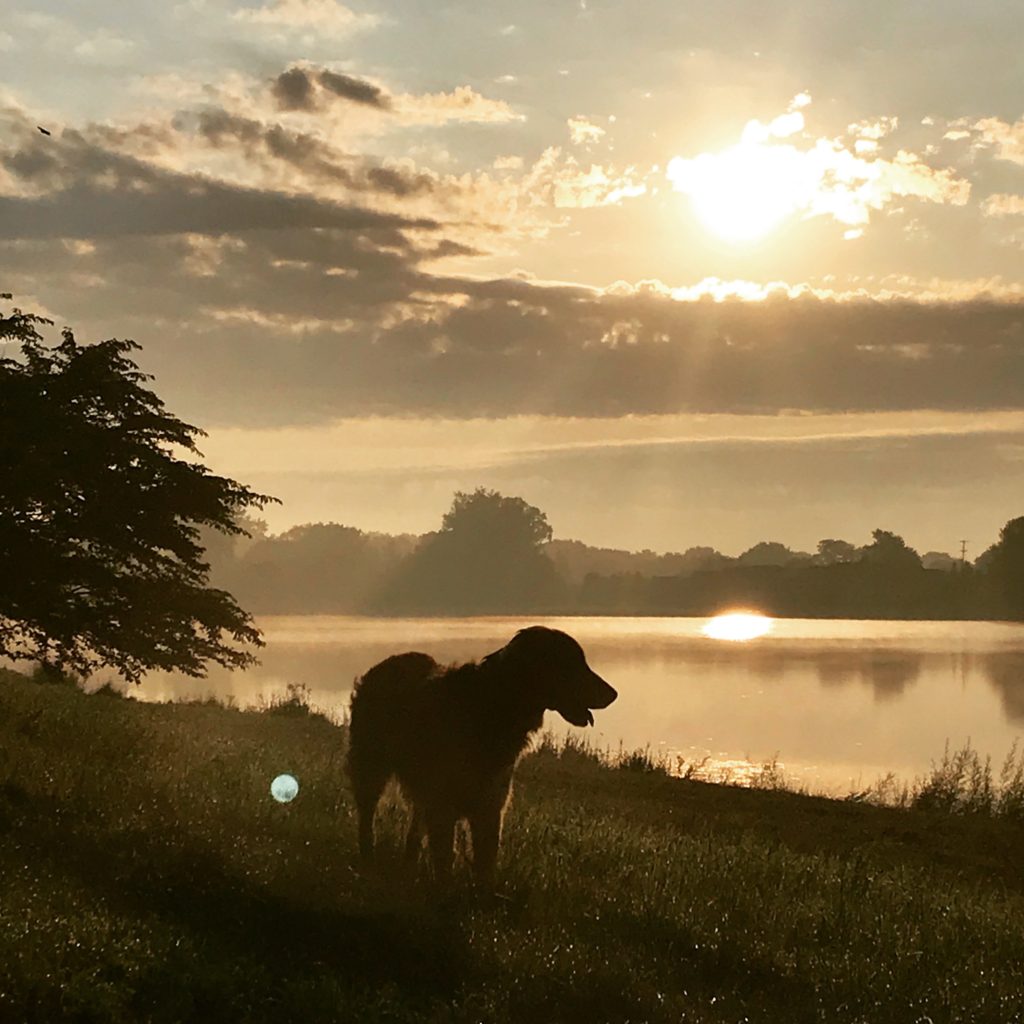 I have a favorite trail nearby my house that winds along a pond and a stream. Some days I can convince my body to run the trail, but mostly I prefer long walks with the dog and a podcast — especially on quiet summer mornings when my middle school classroom is in hibernation and I’m not waking the kids to bribe them out the door on time.

The trail has a personality for each season: the somber glamour of fall, the stark whiteness of winter, the muddy longing of spring. I love that summer is such a show-off. Each June, the beauty of the wildflowers along the pathway catches me by surprise, and I find myself looking around to see if anyone besides the cranky red-winged blackbirds is watching, and then proceed to take photograph after photograph of them. This continues into July and August, as one variety fades and another takes its place — wild irises for Queen Anne’s Lace, one morning’s waving wheat field bound into round monuments of hay bales the next. 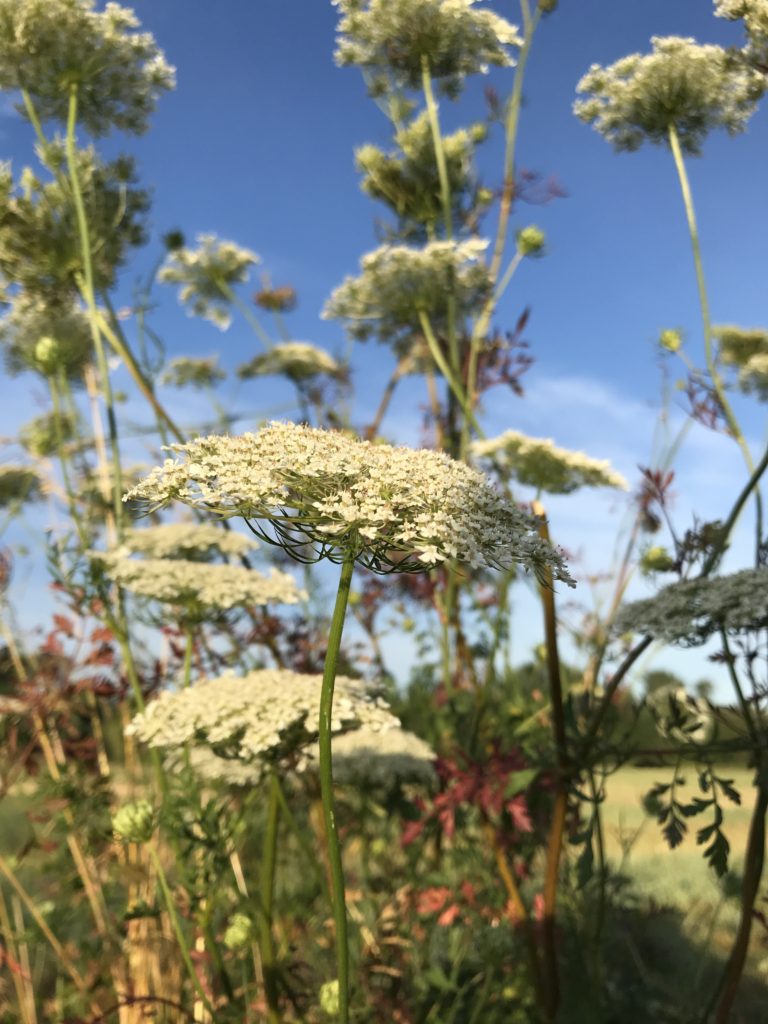 Like small children, I know the flowers will not last. I know they are fleeting. One week the lilacs were so sweet and strong, I wished I could have pulled up a lawn chair. Now I tread the same stretch, just hoping for just a hint of their fragrance, but they’re done; unapologetically moved on.

My mom runs a small ice cream/coffee shop and tells me of a 90-year-old woman who comes in nearly every day for a coffee and conversation, to sit and observe others come in and out. My grandma, age 89, assures me that each year of her life goes faster, faster, faster.

I wonder if the secret to that contentedness, to the years moving faster has something to do with the urgency growing less. If the trick to softening instead of growing bitter or sullen is walking a similar trail, but slowly enough to keep paying attention. If it’s stooping to take that picture of the milkweed flower without thought of who might be watching.

Maybe joy is less often found in the exhilaration of the new, but in experiencing something again and again as if it’s still your first time: summer wildflowers, your husband’s smile, the morning sun on the water, the giggle of a child, a red tomato.

Just because the earth has traveled around the sun before, doesn’t make it any less miraculous when it happens again.

This August, I’ll get out the backpacks, perhaps shake out some leftover candy and crumpled handouts from June’s last days. I’ll pack my own school bag, look at the names on my class lists, remembering each student who walks into my classroom is another person’s child. The summer mornings will already be darker, the flowers fading. I might be a little more prepared to find my eyes damp. And I’ll keep on practicing that walk up the stairs, one step at a time. 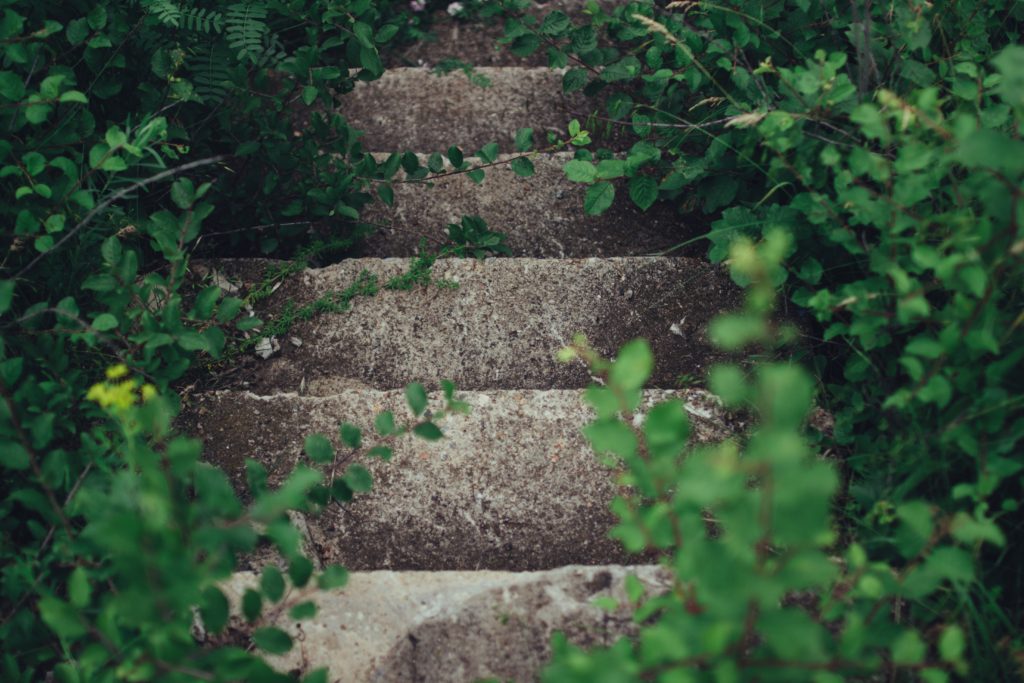 Photo by Rodion Kutsaev on Unsplash

← Weeds What I wish teachers remembered about being a middle schooler →